Gateway to the world

It is located at the mouth of the North Sea Canal with a view of Fort Island: IJmuiden Marine Lock. The lock is 500 metres long, 70 metres wide and 18 metres deep. This makes IJmuiden the largest sea lock in the world. In 2022, the lock will be put into use by shipping.

Ships have become bigger and wider in recent decades. Modern ships carry more goods and bulk. And there are also larger cruise ships. In order to continue to allow these ships safe and smooth access to the Port of Amsterdam at low tide, a larger sea lock had to be built at IJmuiden. In 2016, work therefore started on the lock complex. The new sea lock is scheduled to be taken into use in 2022.

There are several locks at the lock complex. The Zuidersluis for pleasure craft, the Middensluis and the Noordersluis. Until now, the Noordersluis, built in 1929, was the largest. But this one no longer sufficed for economic but also technical reasons. What is going to happen with the Noordersluis in the future is still unknown. During the construction of the new sea lock, these three locks will remain in operation.

There is also a pumping station complex on the north side of the locks. Here, salt water will be returned to the sea by means of selective extraction. This is necessary because otherwise the water in the hinterland would become too salty. Every time a ship passes through the locks, salt water enters the canal. Too much salt water in the North Sea Canal has a negative impact on our drinking water, nature and agriculture. A kind of screen has been built at the beginning of the Binnenspuikanaal. Salt water is heavier than fresh water. By keeping an opening at the bottom of the screen, most of the salt water disappears, leaving fresh water behind. 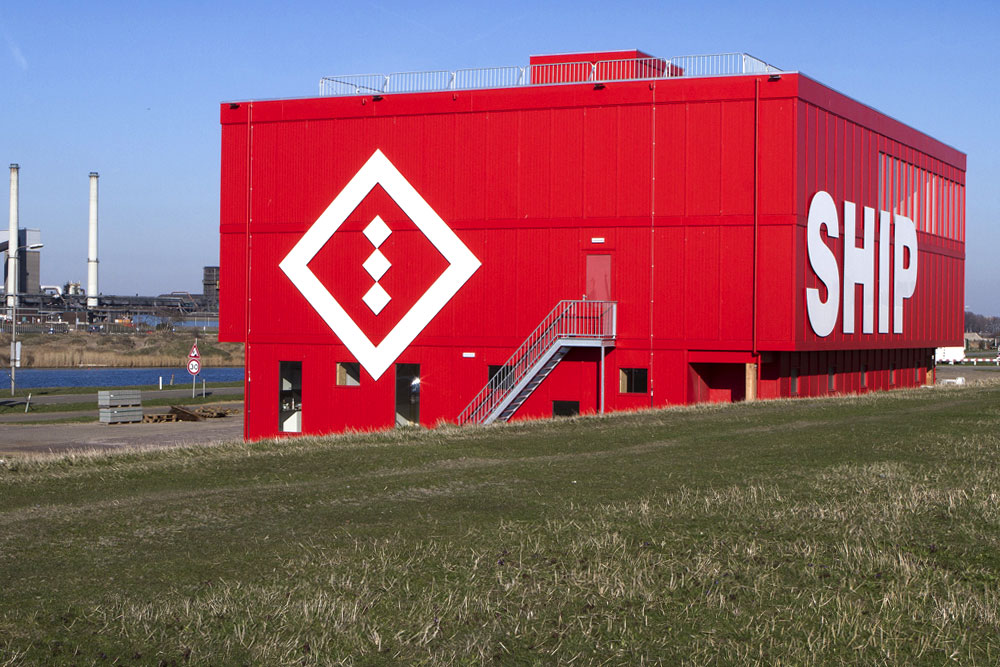 Learn all about the IJmuiden sea lock in SHIP

Would you like to know everything about the largest sea lock in the world? And about the rest of the North Sea Canal area and the ports that lie behind the lock? Then come to SHIP at the lock complex. Here you will find various exhibitions about the lock complex. Moreover, from the roof terrace you can admire all the movements in and around the locks.