Walk miles into the sea

IJmuiden is located at the mouth of the North Sea Canal, with two piers at the beginning of the mouth that run into the sea. The Noordpier and the Zuidpier. They both ensure that the ships can sail peacefully into the port and the canal. And that the port does not silt up.

Fishing at sea
and the piers

The Zuidpier can be reached via IJmuiden. The pier is located at Seaport Marina IJmuiden and at Beach IJmuiden aan Zee. Walkers walk approximately 2 kilometres to the end of the pier. On the way, you’ll come across many sea anglers and bird watchers. Meanwhile, large sea ships sail past. On their way to the ports of IJmuiden and Amsterdam, or in the other direction, out into the world.

At wind force 6 from the southwest, west or northwest, the Zuidpier is closed to the public. It is then too dangerous to enter the pier. A red flag will be displayed and the entrance gate will be closed. The police enforce the access ban. If people enter the closed pier, they risk a fine or imprisonment.

The Noordpier can be reached via Wijk aan Zee and the Reyndersweg. From the car park at Café-Restaurant Sea You it is about a two-kilometre walk to the end of the Noordpier. The pier does not extend as far into the sea as the Zuidpier. Nevertheless, there are many bird spotters here and many anglers throw their fishing rod into the water.

At wind force 6 from the west and northwest, the Noordpier is closed to the public. This pier, too, is dangerous because waves crash over the pier and wash you off the pier. The police also enforce this and you risk a fine or imprisonment. 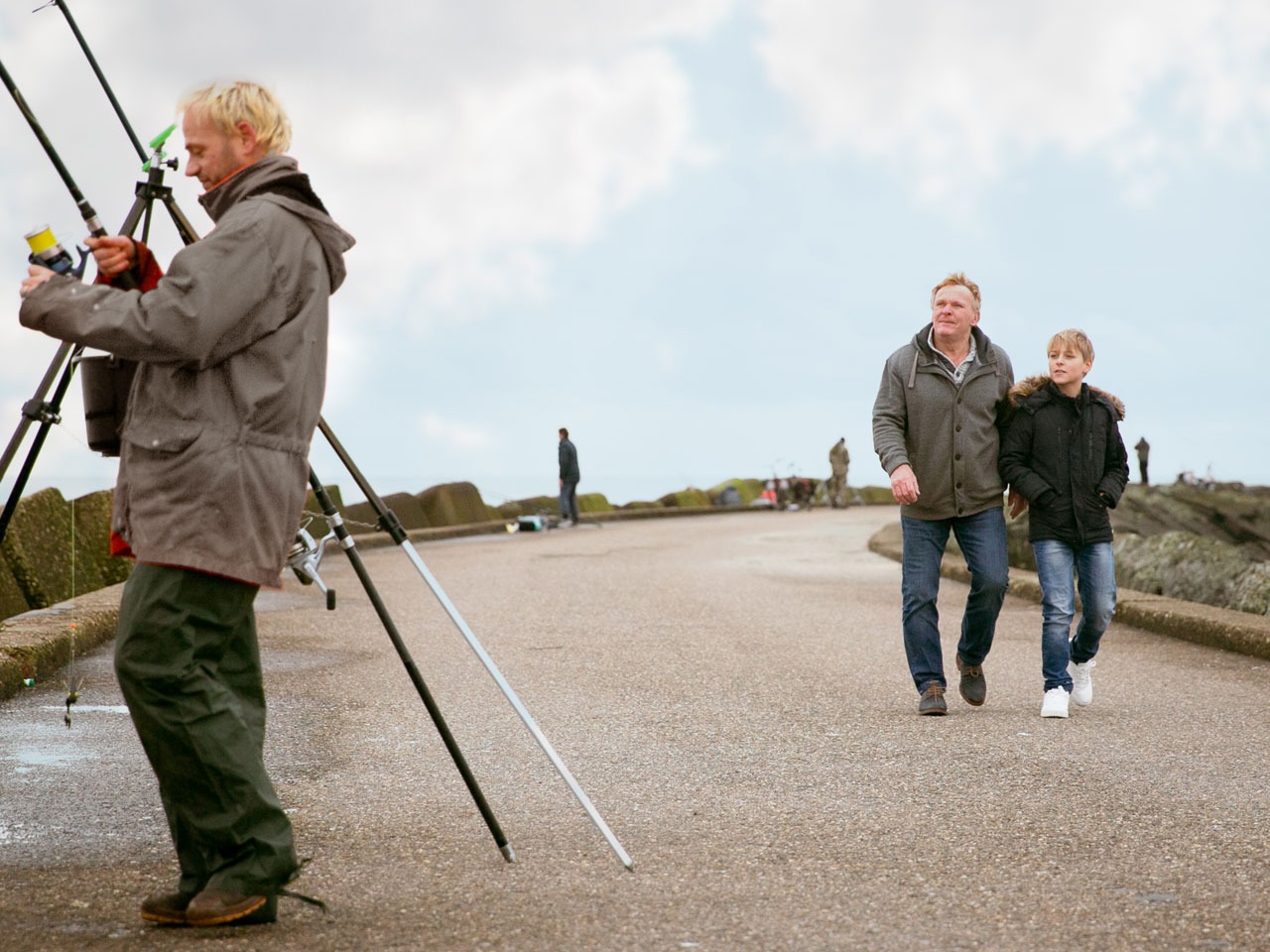 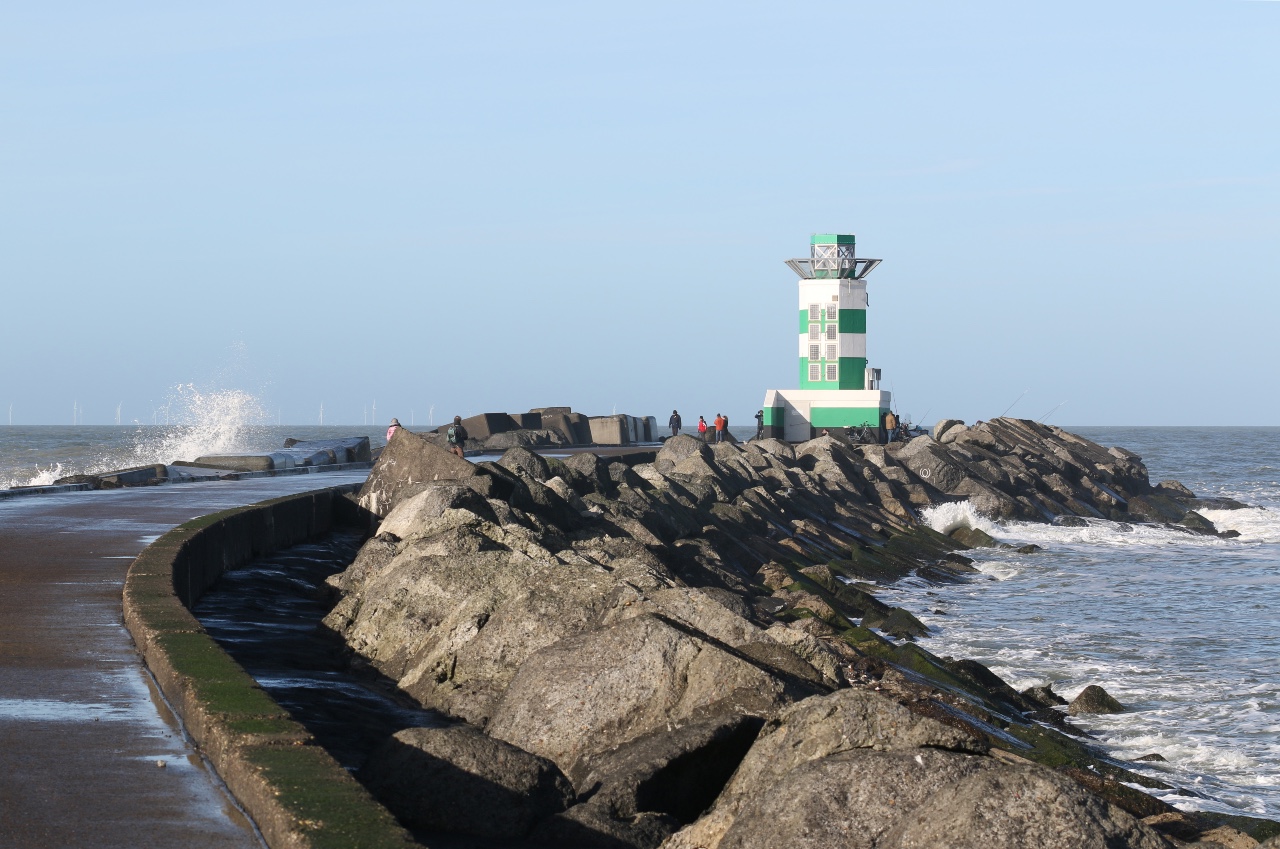 Both piers are an ideal place for walkers and cyclists to get some fresh air. They are ideal for anglers who want to cast their lines. There is a lot of fishing for seabass, jellyfish, whiting, dab, mackerel and horse mackerel. Partly because the current is so good. An ideal fishing spot lies in the bend of the Zuidpier where it is about 13 metres deep. At the end of the piers it is even 18 metres deep.

Apart from fishermen, many bird watchers can be found on the pier. They come from all over the country. Not only to spot seabirds, but also the many species of migratory birds that fly past. With a bit of luck, you may even spot some special ones. More than 300 bird species have been seen. Apart from birds, you often see porpoises, seals, foxes and even the occasional dolphin.

Many ships pass by on their way to the ports of Amsterdam and IJmuiden. Sometimes towed by tugboats. The pilot who is dropped off on board one of the giants of the sea also passes by regularly. More and more often, these are cruise ships that moor at the Felison Cruise Terminal. Entire blocks of flats turn and turn in the mouth of the North Sea Canal. An amazing sight.